As a personal trainer, Drew Manning made the decision to embark on a unique journey that lasted an entire year.  He did this so that he could understand some of his clients better.  At the start of the journey he was 193 pounds and ripped before he dream-bulked to a whopping 265 pounds over a six-month period.  After which, he worked his way back down to where he started out; this leg of the journey lasted for 6 months as well. 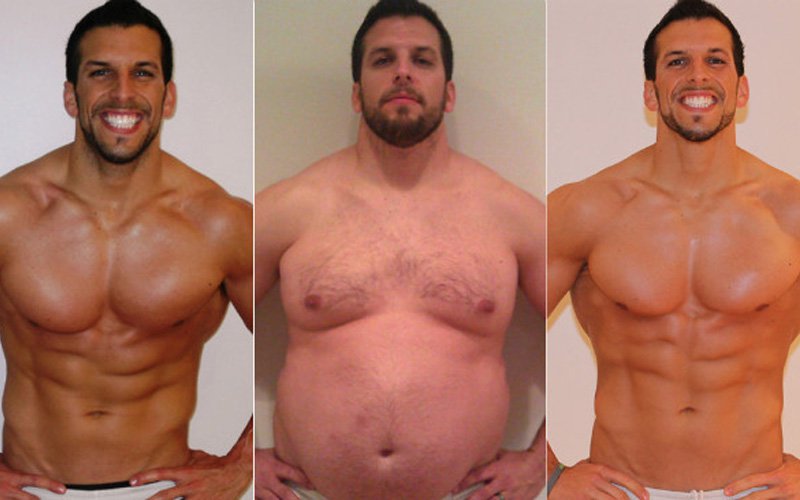 For the first half of his year-long journey, Manning stopped eating healthy meals and he did not exercise at all.  According to him, he consumed a diet that was typically American and consisted of lots of sugar, bad carbs, soda, frozen foods and pizza.  He ate fast food two times per week.  After the first 6 months of the phase, Manning simply started off by improving his diet.  This phase lasted for a month.  After this, it was time to return to the gym.

Here is why he did what he did: 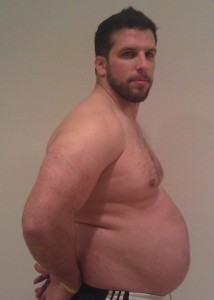 He did it to be able to better understand how it felt to be overweight.  At no point in his life had he ever struggled with being fat; therefore, to get a real perspective of the emotional, metal and physical struggle that are experienced by a number of overweight individuals, he decided to take on this challenge.

Drew was sometimes judgmental of his client.  He was of the mindset that either they want to be healthy or they do not.  However, he had no firsthand knowledge of what it was like to actually be overweight or obese and did not think he was equipped with what it takes to help them to lose weight and keep it off.

He has confessed to having gained a new level of respect for the struggles that are encountered by fat people before he started losing all of the extra weight he packed on for his book deal.

The Impact of the Transformation

Across the board, the experience was all bad.  Judging by the reaction of his wife to his massive weight gain in interviews that they did, it is safe to conclude that this study regarding fat guys being superior lovers is not at all the way accurate.  Below are some of the disadvantages of gaining more than 10 pounds each month for a full six months:

When the Time Came to Start Working Out Again

Week 52, right back where he started

Imagine having to start working out after six months of being totally inactive and having to get your pushups done with the help of your knees.

In the beginning, that was what Drew Manning had to do while working out initially.

At the highest point of his legendary bulkiness, from a svelte 34-inch waist, he had ballooned all the way up to 48 inches.

Respect! Drew Manning even started a website around his journey called Fit2Fat2Fit.com.

Also check out his video below: