Home  »  Training   »   Sex and Calories – How many calories do you burn during sex?

You do not feel like training, but you are in the mood for sex all of the time. Does this sound like a familiar scenario?

If so, then you will be happy to know that there are several ways that you can benefit from making love.

What The Research Says

There was a study done that examined the sex lives of 21 young, healthy couples. The mean age of the subjects was 23. The purpose of the study was to compare the calories burned during sex to the calories that were burned during other physical activities. 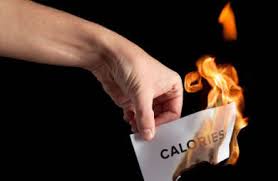 Sex and calories is a hot topic, but it is important to remember that there are several other benefits that can be reaped from having sex. An improved immune system is another benefit that you can potentially reap from having sex on a regular basis. There was a study done that examined 112 college students in America. The students were divided into one of four groups based on how frequently they had sex.

The saliva of the students was tested and checked for immunoglobulin A or IgA, which is a type of antibody. The results of the study showed that people who had intercourse frequently had more of this antibody.

Getting busy in between the sheets could reduce your chances of having a heart attack. Studies have shown that men who have sex on a regular basis are 45 percent less likely to have a heart attack.

Semen may help fight depressive symptoms. One study showed that women who had sex without a condom were less likely to become depressed than women who used condoms or abstained.

Semen is packed with potassium, fructose, zinc and many other nutrients.

There are a lot of good reasons to get down in the bedroom. Sex is not only a lot of fun, but it can also help improve your health.

Tweet Pin It
Tags:calories burned during sex, sex and calories