Losing weight and becoming physically fit encompasses a lot of science, along with many different opinions.  Whether or not you can lose fat while at the same time gaining muscle is one of the most highly debated topics when it comes to the subject of weight loss and fitness.

Your doctor may tell you one thing, your trainer another, and the guy at the gym will give you yet another opinion.  However, to answer this question and settle the debate, you must come back to the science and evidence of it all. 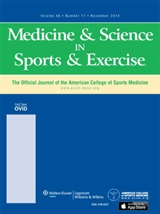 In 1997, a study was published in Medicine and Science in Sports and Exercise on this topic.  The study was done for the purpose of investigating how strength training and aerobic exercise effect body composition in overweight and sedentary male adults.  A random trial was done, with one group of men in a cardio-only group, and the other group being a cross-training group performing both resistance exercise and cardiovascular exercise.

The study had each group training for three days each week over a 14 week period.  The results revealed that it is possible to lose fat while at the same time gaining muscle, as the group that used both types of training lost weight (16.3 pounds) while increasing muscle mass (9.5 pounds).

Additionally, a 2007 study that was published in The American Journal of Clinical Nutrition revealed that older men and women (36 participants, with an average age of 61), who performed strength training three times per week over the course of 12 weeks, were able to gain an average of four pounds of muscle and lose over four pounds of fat.

At this point you may be thinking this is great news, for those who are part of the older population.  You might be thinking these studies don’t apply to you because you are in your 20s or 30s.  However, these results were replicated in another study published in 2010 in Medicine and Science in Sports and Exercise.  This study found that young women, with an average age of 23, gained 4.2 pounds of muscle and lost 3.5 pounds of fat after a 12 week resistance training program.

These studies show you that the use of scientific evidence backs up the claim that you can indeed lose fat while building muscle mass.  This is not based on opinions, but is purely evidence based.  Both men and women, young and old, active and sedentary can simultaneously build muscle and lose fat with the right combination of diet and exercises.

You already know that in order to lose fat, you must create a calorie deficit by consuming less calories and burning more calories through exercise.  However, calories are needed to build muscle.  These facts have caused many to be in disbelief regarding losing fat at the same time as gaining muscle mass.  However, the body can use stored fat as energy, and as a fuel for the muscle building process. 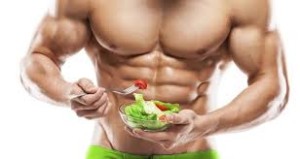 Fat won’t turn into muscle, and muscle cannot turn into fat.  Though, if you are overweight, your fat can be used to fuel the muscle building process, so that you don’t need additional caloric intake to build that muscle mass.  Research clearing supports this concept.

When we rely on scientific evidence, we know that you can lose body fat and build muscle mass at the same time.  Protein is a very important part of the diet equation if these are your goals, as is routine strength training.  For people who are already lean, not eating more calories and trying to build muscle can decrease muscle mass, even with strength training and an adequate intake of protein.