Home  »  Training   »   The Ben Pakulski Diet Plan: What It Is And How It Can Work For You

I always say that successful bodybuilding is the product of proper fitness and a balanced diet. This is an equation that has worked time and again, and it is a tried-and-tested formula.

To show you how well a carefully planned diet and fitness regimen can work, let me introduce the other Pak-Man, Benjamin Pakulski. Later, I will also share the Ben Pakulski diet plan that you can use as a reference to help you jumpstart your bodybuilding regimen.

Who is Ben Pakulski? 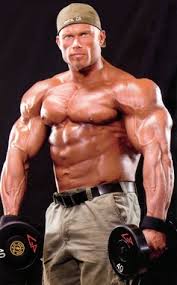 Ben Pakulski is one of the rising stars of international bodybuilding. Now in his early 30s, he has risen from the ranks to become one of the most recognizable muscle and fitness personalities of recent years. If Pakulski is a familiar face, it’s because he won Mr. Canada in 2008 and finished in 2nd place in the IFBB in the same year.

As a bodybuilder, Pakulski started young, lifting weights at the Toronto Macks Gym at 15 years old. He later trained under Tom Hall, who was instrumental in helping him get a Muscletech contract 3 years later. Hall became his mentor and professional inspiration and Pakulski credits him partly for his recent success.

Pakulski prepared for the Mr. Olympia 2012 competition by following a structured diet plan that allowed him to consume high quality proteins throughout the day. He did this by eating 6 good meals daily. In case you’re wondering how and why Pakulski used this formula, let me give you some background information on how protein works for your body and how you can use it to build strong muscle mass.

Proteins belong to a class of nitrogen-based compounds. These are made of large molecules, which in turn are made of one or several amino acid chains. Proteins are considered the building block of our bodies because all our organs, hair, nails, bones, skin and of course, muscles are made from proteins.

To say that our bodies cannot survive without protein would be an understatement. In fact, our blood, digestive system, immune system and many of the hormones we have require protein to function properly. Twenty percent of our body weight is actually protein.

To give you an idea about what protein can do, try to imagine every cell in your body (there are about 100 trillion of them). Then imagine that every cell consists of several different proteins, all of which perform a job specific to that cell’s function.

Within each protein molecule are different combinations of amino acids, of which there are 20. These 20 amino acids can be combined and arranged in many ways to create different forms of proteins.

The potential is such that different amino acids can form millions of different protein types, each of which forms a building block of the human body. Think about that the next time you eat or drink your protein shake and try to process what food can do for you.

When you have a constant or regular source of protein, you are priming your body’s muscles for optimum growth, repair and maintenance. It’s like giving the body full access to a source of good nutrition but with a catch: you get to control the speed, rate and quality of the delivery.

With a good diet plan, you can even take it a step further.

Ben Pakulski’s diet plan is simple but features carefully chosen meal options and schedules to optimize his ability to build muscles. He also followed a careful bodybuilding and exercise regimen that is designed to complement his diet.

During the offseason, for example, he tried to avoid cardio as much as possible. Since he wasn’t increasing his ability to burn off calories, he focused on eating good quality calories instead. This allowed him to feed his muscles without overloading himself with unnecessary calories that he would have to put in extra effort just to burn off.

Just 5 weeks prior to the Mr. Olympia competition, Pakulski begins implementing the diet plan he swears by, and I am sharing it with you: 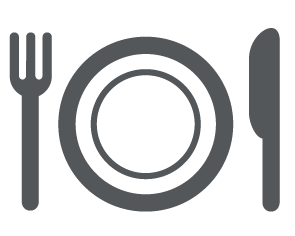 **More training after the meal, depending on whether he trains more than once a day.

If you notice, Pakulski’s diet plan is not big on carbs. This may seem unusual if you yourself are used to consuming healthy portions of carbs yourself, or if you know bodybuilding enthusiasts who do. However, Pakulski notes that he did not have the best dietary habits when he was young and genetics also dictate that he go easy on anything that would cause his insulin levels to go awry.

To manage his insulin sensitivity and make sure that his body receives the nutrients he needs, he chooses his meals carefully.

He also modifies his diet when needed. On certain days when he trains twice, he consumes more protein to increase his caloric intake. He also eats more protein the day following his twice-a-day training. On days when he does not train, he goes easy on the amount of calories he ingests.

As you can see, you can work around a dietary limitation like Pakulski has. If you can’t manage a lot of carbs or have a particular sensitivity to certain types of food or have an allergy, simply modify your diet.

Your diet forms an integral part of your bodybuilding regimen and there is no way you can achieve your goals if you do not manage this part of the equation. Find out what works and eliminate anything that will either fail to contribute to your goals or stop you from achieving them.

A Different Approach to Exercise 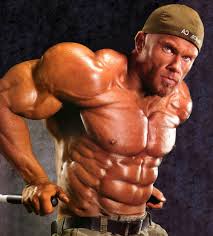 Pakulski’s idea was to change his body without pushing himself drastically. He credits this approach to his years of experience as a bodybuilder.

During his early years, he observed competitive bodybuilders push themselves to the proverbial corner where they had nowhere else to go. This approach was common among female and non-professional bodybuilders, many of whom start undergoing a rigorous diet that contains no carbohydrates and performing two hours of cardio exercises just 4 months prior to the competition.

Pakulski questions this approach because he thinks there is very little room for a body to grow and progress. Although the human body will respond to stimuli, it can only do so much within a certain span of time, after which it will plateau. Once that happens, nothing you do will make it work harder or grow bigger.

According to Pakulski, a workout that gradually builds up makes more sense because it continuously offers a new stimulus to the body, forcing it to adapt to a new challenge. As a result, you never hit the dreaded plateau. Of course, this can only work if your diet stays consistent. This is the approach that Pakulski credits for drastic changes that happen to his body in the month prior to a competition.

Although he hasn’t changed anything drastically in his diet or workout, he still experiences immediate results.

Pakulski also talks about keeping his body at its ideal – its homeostasis – a state and condition in which all his health parameters are within normal range. However, he ups the challenge to keep things interesting and to ensure that his body works harder. He does this by shifting his homeostasis at a slightly higher level every year, a trick that allows him to work harder so he is able to maintain his ideal size and shape for the competition.

His goal is to go a little bigger and a little leaner each year. He recommends training the body to improve its efficiency in utilizing nutrients gradually year after year – just a little bit today and a little bit more tomorrow, and so on. In a year’s time, you would have built a body that is not only impressive but also healthy.

Like Ben Pakulski, I am for doing research and using the right information to get to where you want to go. When you know what you are doing and why, you have a better understanding of how proper nutrition works for your body and how. Proper information will also help you use supplementation safely and effectively, without worrying about side effects that could impact your health in a negative way.

Don’t be pushed into taking drastic steps to get bigger. Building the perfect body effectively and efficiently takes time but think about the whole process as an investment. You will reap the rewards tomorrow if you invest wisely today.