Home  »  Supplements   »   The Role and Importance of Amino Acids

Like a lot of people, I had heard about amino acids ever since I decided it was time to get in shape. After all, most of the protein shakes on the market prominently point out that they contain amino acids. While that gave me a general idea that they were good for me, it didn’t do much to help me see the real importance of amino acids to my efforts to tone up and build muscle mass.

That’s what led me to start digging into what amino acids really would do for me. Here’s what I found:

One of the first things I learned is that there quite a few different amino acids. In fact, there are 23 of them altogether. Some of them the body makes, whiles others have to be obtained from an outside source, usually food. Nine of these are described as being indispensable amino acids, meaning that the body cannot create them by breaking down the acids that do naturally occur in the body. The only way to get these nine is from some type of outside source, usually food or some kind of nutritional supplement.

Granted, I never really looked at food as the way to get amino acids in my diet. Like most people, I was vaguely aware that certain foods would provide me with protein or some other vitamin that I needed. That’s why it took me by surprise to find out that there are all sorts of food sources for amino acids.

When I started learning about the importance of amino acids, the focus was mainly on what they do for my body. Specifically, how they would help me get rid of fat and build lean muscle. So when I found out that the right balance of amino acids was also good for my emotional balance, that struck me as a real bonus.

The acids play a role in the way that the brain works. The brain produces and releases neurotransmitters that help the mind and body deal with stress in a positive manner. When the production of those neurotransmitters is at a healthy rate, that means it is much easier to think clearly, concentrate on tasks, and enjoy the high that comes with a good workout. Since nothing makes me want to stick with exercising like the euphoria I feel during and for several hours after working out, I began to appreciate amino acids in a whole new light.

Getting a Good Night’s Rest 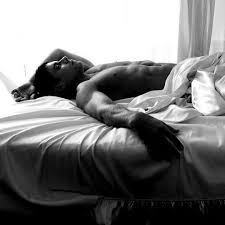 I was also surprised to learn that amino acids would help be sleep better. After I began to understand the role that the right balance of acids plays in terms of mood and temperament, the connection made a lot of sense to me.

After all, I can’t really get to sleep easily unless my mind can relax and let go of whatever happened that day. With the acids promoting the production of what my mind needs to settle down, it’s a lot easier to reach the deep, recuperative sleep that I need.

In the back of my mind, I figured there had to be something that helped break down the protein so my body could put it to good use. What I didn’t realize is that amino acids happened to be the key. By ingesting the acids, either in my food or as part of a supplement, I give my body what it needs to absorb the protein and use it to feed my muscles.

When most people think of generating energy, they think of consuming carbohydrates. Simple carbohydrates do give a quick boost, but the crash afterward can be difficult. Complex carbohydrates take longer to release into the bloodstream and will provide a more balanced energy flow over a longer period of time. What I found was that I didn’t have to rely on carbohydrates alone for energy. What my body really needed was a reasonable level of amino acids.

During the muscle contraction that occurs while working out, they will use a substance stored in the body known as adenosine triphosphate. To keep the levels of ATP at reasonable levels, the body will use creatine phosphate to replace what the muscles are using. Guess what helps to manufacture that creatine phosphate? That’s right, it is created using amino acids. Specifically, that CP requires three amino acids: glycine, methionine, and glycine.

Getting Rid of Fat

I already knew that eating foods that were low in calories and high in nutrients would help my body convert fat into energy. What I didn’t realize is that amino acids could help slow the production of fat in the first place. Along with helping to break down fat that is already there, the right blend of acids in the diet also makes it easier to convert glucose directly into energy, preventing the storage of too much fat.

Building Muscle and Keeping It

The importance of amino acids in building muscle is certainly one of the things that the makers of different supplements point out. Equally important is that those acids don’t just help build muscle mass. They will also help to ease undue stress on those muscles and prevent the breakdown of muscle mass.

Recent studies single out a specific amino acid, leucine, as being essential to repressing the genes that would normally attempt to break down muscle mass when those muscles were not being active engaged in an activity like running, lifting weights, or other strenuous activities.

Everybody needs amino acids, especially people who want to build strong muscles. I found that along with meat and non-fat dairy products, my choices of vegetables and legumes would also provide me with the range of amino acids my body needs.

Learning more about the importance of amino acids has changed the way I think about food. Now I see it as one more tool in helping me to get rid of fat, build muscle mass, and also keep my mind in as good a shape as my body. As I keep slimming down and begin to see more definition in my arms, chest, legs, and abdomen, it’s obvious that making sure I have enough amino acids in my diet is making a big difference.

How about you? Are you using Amino Acids in your current diet? Share your thoughts in the comment box below!